Guardian Comics: We are passionate about the creation of independent, creative comic books.

We are passionate about the creation of independent, creative comic books.

Guardian Comics is an independent publisher of comic books and graphic novels. We operate from Perth, Western Australia and can be found exhibiting at Supanova Perth every June. We have a passion for creating stories with substance and heart.

Where it all started

In 2003, there was no Guardian Comics. Just a guy with a webcomic and blind ambition to make something of it. The webcomic was called 'Make with the Funny' and had around a hundred strips released online, before it evolved into something else entirely. There was an inherit problem with the webcomic, and it all came from its name. 'Make with the Funny' was too self-congratulatory to work in the real world, it came with expectations that the content would in fact be, funny.

When that particular title grew to the point where the stories were able to be bound in an issue format and taken to print, the title didn't work anymore, and so it was rebranded with a new title: 'Clutching at Straws'.

Soon after the first issue of Clutching at Straws was independently published and stocked in the local comic book shops, we realised that the issues needed more variety. So birthed Guardian Comics, a title to bind all of the different titles together under one roof.

About the creative team.

If Paul is the heart and soul, Aaron is the little toe or maybe the left nostril. He contributes to the pre-production and post production of each and every book that goes to print, ensuring that the quality is in check and everything translates to the audience. 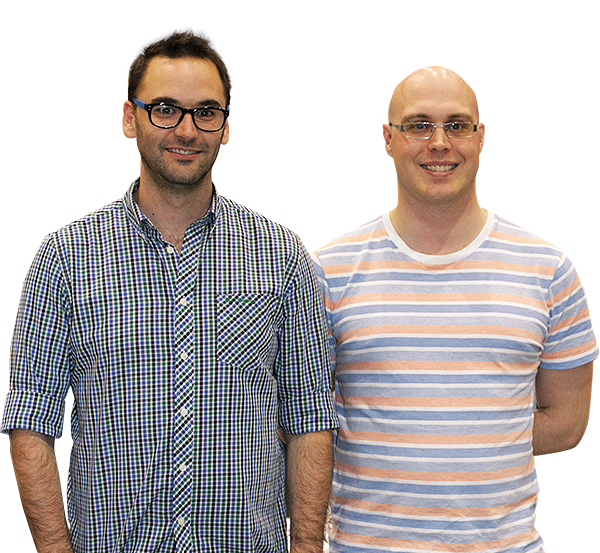 View our collection of titles:

A story about a lonely boy, his quest for adventure and the discovery of an unexpected best friend to share them with. 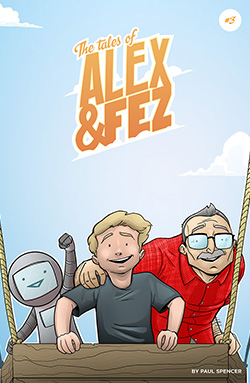 After Alex is faced with some shocking news about his grandfather he and his best friend Fez embark on a journey of memory and time.

This story explores the importance of time spent with the ones you love, while you can spend it with them.

Join our pals as they tackle a day of fun under the sun and prove that while two is company, three is not always a crowd. 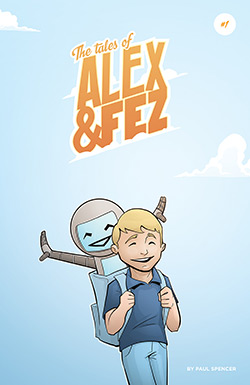 Alex, a boy of twelve, often escapes to the realm of his imagination where he has amazing adventures. There's just one thing missing, a friend to share in the fun.

All seems bleak to Alex until he discovers a robot in the science building at his school that he calls Fez. Together they have adventurous fun times.

Defying the subdued convention of a town too small for their antics, our troupe tumble and limp from one bizarre adventure to another. Fun times? You betcha! 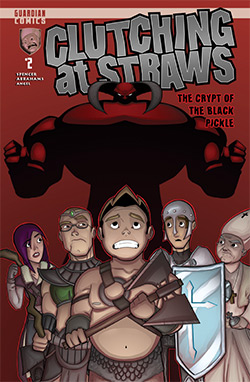 Issue 2: The crypt of the black pickle

When Zak makes the discovery of a lifetime, a real, honest to god crypt in the basement of his store, he does what any sane, responsible member of society would. Gather his closest friends for a night of LARPing.

However, does Zak bite off even more than he could chew when things take a not so unexpected? 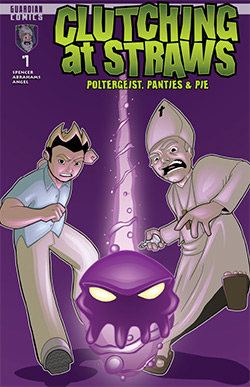 The massive first issue of clutching at straws boasts a 52 page arsenal daring you to turn the cover and dive right in.

This book of change, introduces indie rocker, Sydney and redefines your favorites; Rex, Zak and Walker. 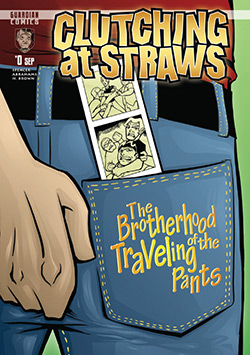 Issue 0: The brotherhood of the travelling pants

I know what you're thinking. Zak, Walker and Rex don't seem to get along most of the time, why exactly are they friends? Good question.

In this prequel issue, we find out the reason is over a pair of extremely lucky, magical jeans. 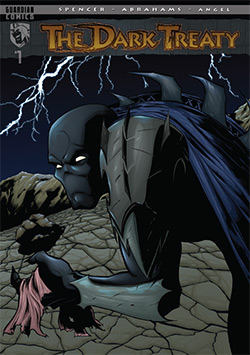 Eighteen years ago, the 'dark creatures' rose from the ground like ants from a nest. For every human that died, a dark creature took their place. Soon there were more of them than there were of us.

The struggle of despair and hope battled on, always leaving one question at the tip of the survivors tongue. What is to come next?